Spring at 13.6 Feet above Sea Level 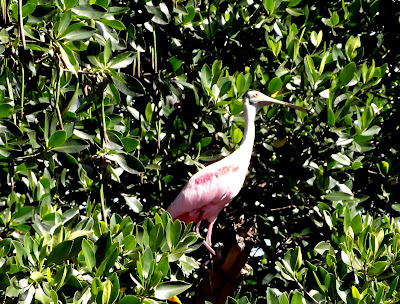 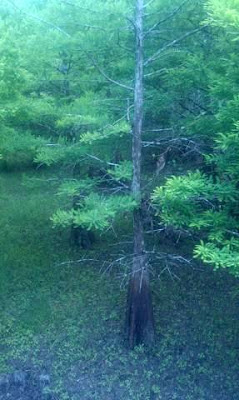 The snowbird migration is about to get under way, and as it does, I realize it is a time of lasts...

...the last visit to Six Mile Cypress Slough where we watched the bare bald cypresses feather out in their soft needles to create a rich green wall of tree life...

...the last outing to Harn's Marsh, a new-to-us birding spot, where we saw for the first time snail kites (aka Everglades kites), a handsome raptor whose chief source of nourishment are pond apple tree snails -- abundant in those marsh waters...

...one last stoll around the loop trail at Caloosahatchee Creeks Preserve, a regular spot just a short half-mile from the condo with a network of boardwalks and sandy trails that delivered to us this winter the first corn snake we'd ever seen...

...a final trip to Lovers Key State Park, our "pet beach," which offered its own surprise: spring's neap tide, the highest tide of the year and one that came up so high on the beach that we beachcombers scrambled inland to avoid getting beach blankets soaked and sea foam spun by brisk westerlies in our hair...

...one more time onto the river for a kayak outing downriver into a preserve that held its own surprise -- a tiny island bird rookery raucous with screeching, gargling fledgling tri-color herons and little blue herons studded with one very handsome roseate spoonbill as shown above...

...and for me, one more "poetry safari" at Caloosahatchee Regional Park where, for the fifth time this winter, I had a night of tenting out and writing to the wee hours of screech owls; the poem below but one of several I wrote in my "quiet time" of pondering the world around me and my inner world.


Palm, pine, river, stars, sleeping lizards:
I dream them all.

On Friday, we depart for points north, stopping at two state parks for several nights of camping, one on the Ochlockonee River on Florida's "Forgotten Coast" -- my favorite Florida park -- and one on the Atlantic Ocean at Hunting Island, SC -- my favorite state park in the U.S. I'll do my best to bring the warmth and sunshine with me to Western New York when we return to the shores of Lake Ontario.

Blessed be your spring. Let the time of northern firsts begin.
Posted by Karla Linn at 5:38 AM No comments: