Grunge, grunge, grunge.  And grime.  And grit.  That’s been my life lately as my husband Roger and I have packed up a house and moved from the fair shores of Lake Ontario to the quaint town of Brockport.  A mere 19 miles, but 26 years worth of belongings that needed sorting and packing. It’s sweaty, dusty, grungy work that can prove painful, not just emotionally but physically as well. Who knew you could develop a repetitive muscle injury from unscrolling hundreds of yards of packing tape?!  But here we are in our new home, having transformed ourselves from country woodchucks to townie squirrels, happy to be making a nest on shady Hollybrook Road.

The work load was made considerably lighter with a little help from our friends.  And my quest for a literary diversion from The Great Moving Travails was deliciously sated by a special invitation from friend and author Catherine Underhill Fitzpatrick who asked me to join her on a virtual literary tour, an ongoing program in which a series of authors reveal a bit about their work, post it on their blogs, and then pass the torch to a handful of other writers. 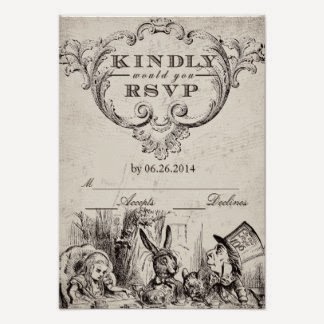 Yay!  Yehaw! etc. Put me down as an unqualified YES!

There was no way I wouldn't join forces with my pal Catherine whom I first met going on four years ago at a writers retreat she hosted in Bonita Springs, FL, a short drive down I-75 from Roger’s and my condo. 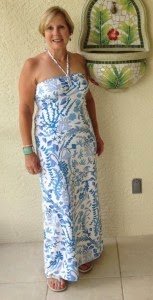 Magic happened; we became friends in the short course of a long weekend and have been close every since, sharing our writing life and life stories. We've had the joy of collaborating as novelist and poet at literary readings in Florida, the joy of lingering over coffee at Denny’s (halfway, right off the Interstate) with travel tales, excerpts from our family sagas, and, of course, literary blood, sweat and tears – and triumphs, including her latest, the recent publication of her second novel, Going on Nine, which I've read three times: in manuscript form, reviewer’s copy and my very own hot-off-the-presses edition. 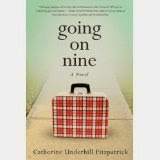 It’s a gem of a book just as Catherine is a gem of a friend, which is why I took the time and creative energy to post a review on Amazon.com, which I’ll share with you here in an abbreviated version: “You are going to love this book. As an writer/poet and editor I’m hyper critical of the books I read, compulsive even, marking up a book with red pen noting typos and thinkos, factual errors, faulty logic, and just plain sloppy, flabby, lame writing. So, when I run across a flawless book that also delivers with depth of character, plot and history, I have to share that with my professional network. Going on Nine by Catherine Underhill Fitzgerald is just such a novel. It takes you right back to your own childhood where you can match your memories with heroine Grace's who speaks to us at an almost-nine-year-old and as a senior, reflecting back on the joys and traumas of childhood. Here's a journey through the loss of innocence that makes reader’s lives richer.”

And now it’s my turn to step into the virtual literary tour spotlight.

Many of you know follow my Vagabond Poet blog, so you know I’m hopelessly addicted to traveling the Planet with my Roger.  But I always have the supreme satisfaction of transforming myself from experience junkie to poet of place, which is how several of my books came to be, including the two whose covers you see here.

And high time I got to the question-and-answer part of this author blog tour.

What am I working on?

Poetry has come to an almost-standstill since we returned from Europe on August 14…and set about moving from our lakeside country home of 26 years to a new home in nearby Brockport, NY.  So hard to find time to write with 397 linear feet of books to be packed and taped for the move.  But I was pleased to have some moments alone to edit the poems I wrote in Scotland and France, plus get a start on a few about our time in Germany.

I’ll get back in the groove soon enough…and can look forward to a quiet winter in Florida where a new house isn't making its demands known!  I’ll get back to a couple full-length manuscripts I've been compiling…one of which is The Gizmo Girl’s Diary, which deals with life in the technological fast-lane. I’m also going to start shaping a new manuscript that will bring together all my archipelago poems from the Galapagos, Hawai’i and the Caribbean.

How does my work differ from others of its genre?

I like to think that my poems (most of them) take people places. Readers can sit in the comfort of their easy chairs or abed and feel the steam heat of the Amazon River in Attaining Canopy: Amazon Poems (FootHills Publishing) or the icy sting of Antarctic air while ready The Ice Decides: Poems of Antarctica (Finishing Line Press) or the sere Utahn redrock underfoot while absorbing Lithic Scatter and Other Poems (Mercury Heartlink). Call me an experience junkie, if you will, but it’s when I step outside my quotidian life that broad, sweeping pathways to poetry unfurl, most often through wondrous revelations from nature.  I can become a blue-footed booby inhabiting the Galapagos or a chinstap penguin on the coast of Antarctica.

Why do I write what I do?

I have both a passion for literature and a passion for environmentalism that are the soul of a great many of my poems. They’re intimately intertwined. Certainly environmentalism took the lead when I compiled my first (of three) anthologies, The Dire Elegies: 59 Poets on  Endangered Species of North America (FootHills Publishing, 2006).

There’s also my passion for the process of poetry. It’s revelatory.  As I’m writing them, my poems frequently surprise me and pull me off into a realm I had no idea I was headed toward. Thus, I turn a corner on a trail and there is a Torreya tree and it becomes the core of the poem “Orion Espies a Tree’s Demise,” which is my representative poem in TDE. Voila!  I had no idea I’d end up writing about the pending extinction of that species of evergreen. The tree appeared. And delivered that poem.  Happens all the time.  I’m lucky, but then again, every poet with an eye to nature will get lucky.

How does my writing process work?

I warm up to the world of writing each morning. Almost every day starts with notes in a book of meditations on the poems I ritualistically read in bed with my first cup of coffee. One poem each day from four books of poetry selected somewhat randomly. Right now I’m relishing Julie Bruck’s Monkey Ranch (Brick Books) in preparation for a book review. Then I move on to a book I serendipitously stumbled across in Oban, Scotland, this summer: These Islands, We Sing: An Anthology of Scottish Islands Poetry edited by Kevin MacNeil. Nothing like trying to decipher Scottish dialect first thing in the morning to wake up the ears! The morning foursome make a pleasant potpourri to spice up sunrise and get the wheels spinning.
Most days I scribble in my traditional journal: lots of quotidian news but also notes toward new poems, including lines I don’t want to lose to a faulty memory; observations I've made; accomplishments; plans; dilemmas….

In the back of that journal, I draft my poems, which is not an every-day experience. I need “time alone” for that without interference from my beloved husband, email, phone calls, etc. I can usually count on some quiet time once or twice a week, and every three weeks to a month, I head off on a “Poetry Safari,” where I go camping overnight in my tent to write the night away for hours on end.

And now, it’s time to meet the three writers who will continue the virtual literary tour!

Laury A. Egan is the author of The Outcast Oracle, the collection, Fog and Other Stories, (both publishedby Humanist Press), and a psychological suspense novel set in Venice, Jenny Kidd (Vagabondage Press). Two poetry books, Snow, Shadows, a Stranger and Beneath the Lion’s Paw, and the chapbook, The Sea &; Beyond, were issued by FootHills Publishing. Her work has appeard in over 35 literary journals and anthologies and has twice received nominations for the Pushcart Prize, Best of the Web, and Best of the Net. Visit her web site at www.lauryaegan.com and her blog at www.lauryaeganblog.wordpress.com.

And make sure you read her newest book, The Outcast Oracle, which was named in “Best Books of 2013” by Kirkus Review: “Simply delicious fun from start to finish.  A beautifully written novel.”

The Outcast Oracle is set in 1959 near New York’s Lake Ontario, and Charlene Whitestone has been deserted by her parents and left in the custody of her grandfather C.B. Although he loves Charlie, C.B. is a charming con artist, moonshiner, and religious fraud who inducts her into his various enterprises. Written in a satiric Mark Twain style, The Outcast Oracle is a great read for adults and teenagers alike.

It’s available at Humanist Press ($13.95 paperback/$7.95 eBook) at http://wwwhumanistpress.com/outcast-oracle.html or through online retailers.

2) And here’s Jules Nyquist, who earned her MFA in Writing &; Literature (Poetry) from Bennington College in Vermont. She took a B.A. in Creative Writing from Metropolitan State University, St. Paul, MN.  Jules experiments with sound and form and continues to write poetry on the page and for performance. Jules is the founder of the Poetry Playhouse in Albuquerque, NM where she hosts visiting poets and conducts workshops on poetry, creative writing and the creative process.  Her first poetry collection, Appetites (Beatlick Press) poems on food, drink and sex, was a finalist for the New Mexico/Arizona 2012 Book Awards.  Her latest collection of poems is "Behind the Volcanoes" that works through death, loss and transformation.   Jules lives in Albuquerque, NM and her website is www.julesnyquist.com.

You won’t want to miss her newest book of poetry, Behind the Volcanoes! I had the privilege to review it for Poet Talk, the newsletter of the Rochester-based Just Poets organization. Here’s a snippet of what I had to say in praise of Jules’s book: “These are strong, powerful, enduring poems by a courageous, unflinching poet who helps us confront our own mortality by setting an example, by making us travel behind the volcanoes – and return – wiser, healthier, more empathetic for our fellow big-brained Homo sapiens sapiens who have the gift of imagination as well as destruction.” From Beatlick Press, Albuquerque, NM, the book is available for $16 from just about every book outlet you can imagine.

Posted by Karla Linn at 1:28 PM No comments: