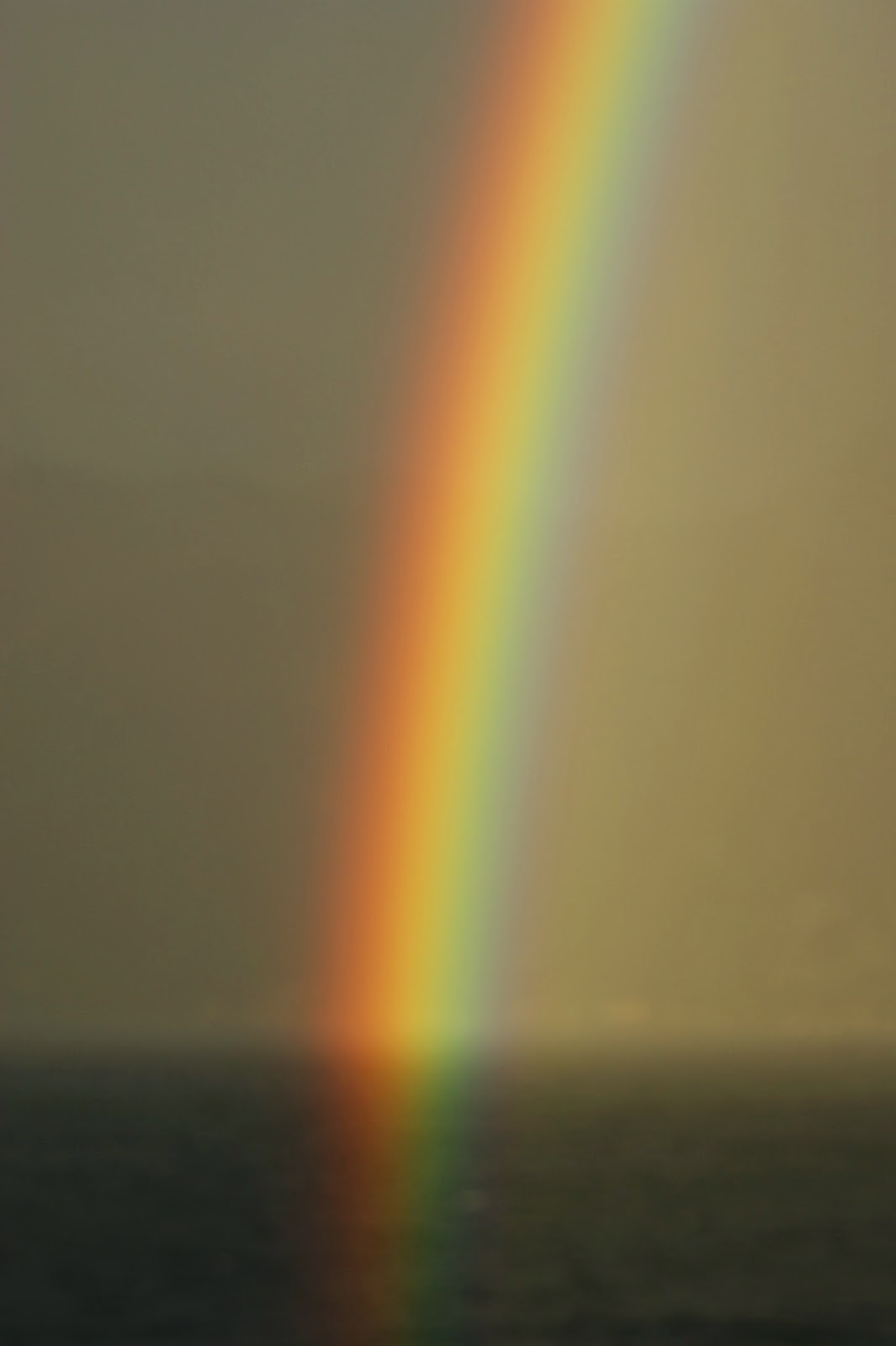 Duck, duck, take cover -- it's National Poetry Month, April's literary tsunami:  flood of poems-a-day, flood of prompts. And events up the wazoo that run the gamut from readings to anniversary celebrations to, who knows, a poetry hootenanny?! (Alas, I'll miss them all since we're packing up the condo for the season and traveling homeward as of April 18!) Many poetic projects afloat this month, too.  I'm committed to two.

Poet-friend M. J. Iuppa's challenged her network of poets to participate in her 30/30 project -- write 30 poems in 30 days or bust. And, bless her heart, she's providing a deluge of prompts to help us along. (See http://mjiuppa.blogspot.com/ .)  What a boon!  Thank you, MJ!  The prompts are proving fruitful.

Orion magazine's blog has orchestrated a collaborative poetry project themed "the growing season." I accepted the invite to participate and have been paired with Michigan poet and kindred spirit Jennifer Burd. We are writing three poems together this month that will later be posted with the other duets' poems on Orion's blog at http://www.orionmagazine.org/index.php/newsfrom187/. Look for it as April winds down into May!

Meanwhile, this April dispatch to you comes to you from Site #10 Caloosahatchee Regional Park where I am encamped on Poetry Safari in Bukowski le Tent for my sixth and last safari for the season.  And, quite in keeping with the spirit of the "glowing season" (my variation on the Orion theme), I'm off the grid in pine-palm forest going about the basics.  No electricity, just a journal and a pen for the making of poems by sunlight, twilight, starlight, moonlight, lamplight, and candlelight. Before Roger and I wing home to Western New York, I gather these rare solo moments of light at snowbirds' season's end into a tanka (a Japanese form of five lines with 5/7/5/7/7 syllables).

The rainbow in the above photograph was taking from aboard the S. Y. Sea Cloud in the Caribbean Sea during our Lindblad Expedition there in February-March.  Please feel free to view more photographs alongside poems in my newest photobook at https://karlasphotobooks.shutterfly.com/ . I promise you more rainbows, including a twin-set over the island nation of St. Lucia.

But you won't find the following poem in the book. This one is part of a sequence I'm writing about the storied Sea Cloud's history, beginning with her "birth" in Germany in 1931 as a tall ship commissioned by millionaire couple Margaret Merriweather-Post and E.F. Hutton. The poems are written in 19 different poetic forms -- my effort to mimic the complexity of rigging on a tall ship that has had many incarnations, including this one (another tanka), when she was only four years old: 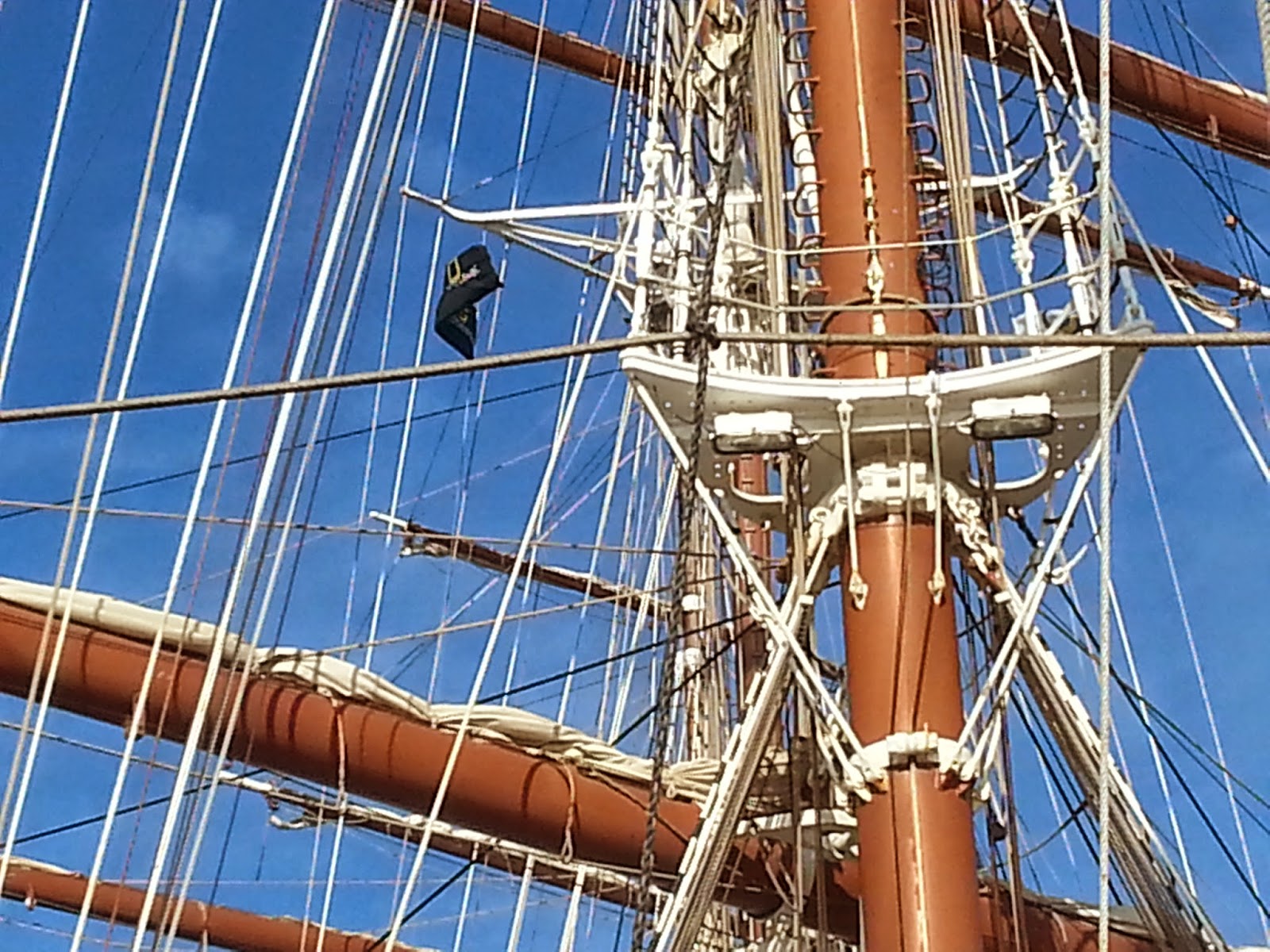 Last, but not least, I leave you with a couple more poems, this time as added NatPoMo treats.

Here's to spring, which for so many can't come soon enough after a long and brutal winter of polar vortices and high heat bills. Ice is melting, robins are nesting and daffodils light the warming days.
Posted by Karla Linn at 7:34 AM 1 comment: